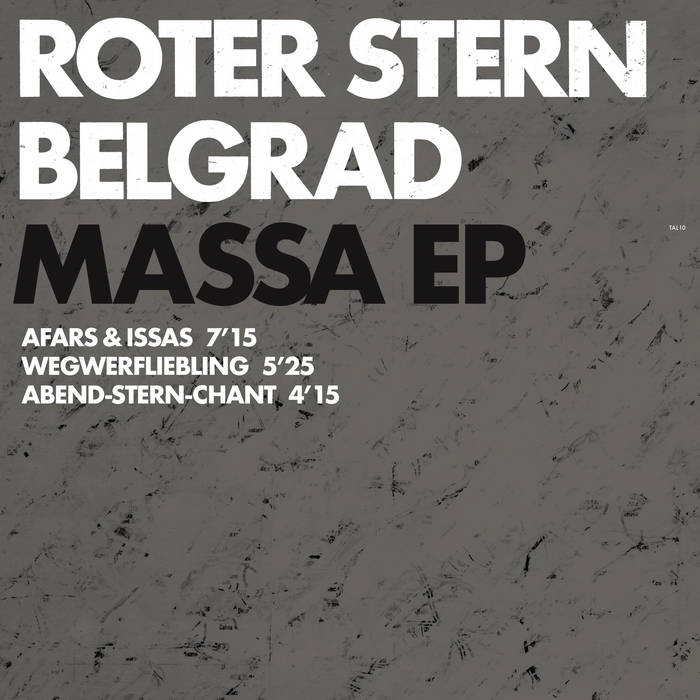 TAL presents the 12" reissue of the only vinyl outing under the RSB name, originally issued in 1981 as part of the rare 3 x12" MASSA compilation box via the short lived KLAR 80! label/cassette shop.

Even before starting the TAL label it was a dream resuscitating this little known gem of early 80s mutant funk from Düsseldorf's machine music legacy. For many years this EP has existed as a rumour only, a phantom not unlike but significantly more obscure than its contemporaries of the Zeitgeist era dance acts such as Liaisons Dangereuses or CHBB. Written and produced by a fluid line-up during excessive nighttime sessions, utilising mostly a Roland rythm machine and analogue sequencer modules, blending the results with fieldrecordings to maximum effect. The production is razor sharp and reduced to the bare bone.

All three featured tracks sound utterly urgent and uncompromising. The overall atmosphere can be described as grey, febrile and evocative. The stand out proto techno affairs of AFARS & ISSAS are inspired by the vast emptiness of the rocky deserts in Djibouti. Wegwerfliebling creates a dystopian dancefloor killer full of nagging dynamics. The psychedelic mood of the pulsating ABENDSTERN CHANT is fed by the rumbling schizo-mechanics. Grinding tape loops seem to govern magical manupilations of a tribal gathering taking place in a low lit basement.

Bandcamp Daily  your guide to the world of Bandcamp

outré black metal, with a Victory Over the Sun interview and music from Liturgy and Jute Gyte.